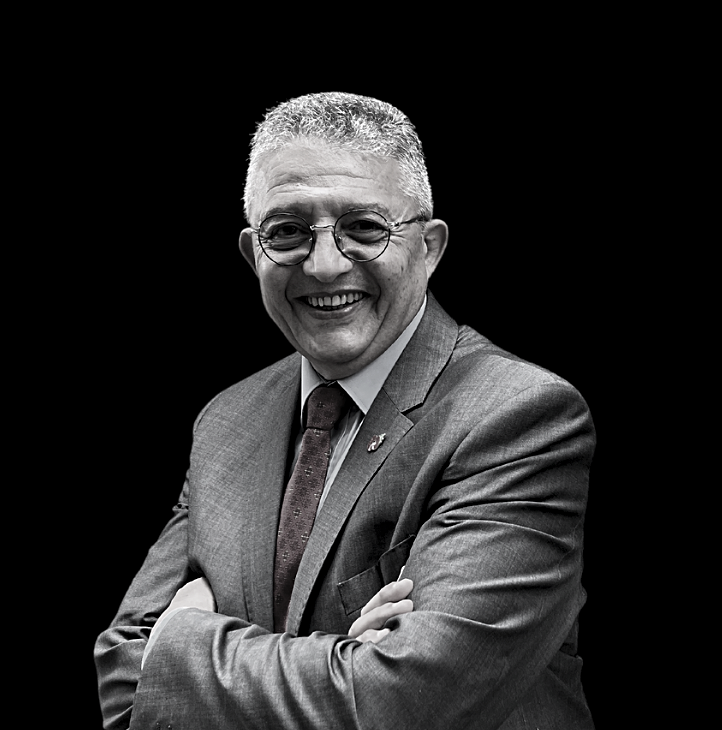 Dr Mohamed Raffa is an accomplished national and international dispute resolution professional. He is prominently recognized and respected for his broad range of professional experience involving complex financial and banking international arbitration. He is also a distinguished academic member of economic and law faculties in the United States, UK and the Middle East. Mohamed lectured Economics and Banking at Pittsburgh University while preparing for his first Doctorate Degree in Economics in 1985 and currently lectures Arbitration and International Commercial Law at Cambridge University and the University of East London. Mohamed holds a PhD of Economics from Pittsburgh University and a second PhD in Arbitration Law from the University of East London.

He is a sought-after speaker and frequent lecturer on complex financial and commercial dispute resolution. Dr Mohamed Raffa maintains prominent leadership roles in multiple organizations, including PRIME Finance, a Member of the International Council for Commercial Arbitration (ICCA) and a Fellow of The Chartered Institute of Arbitrators. He is proficient in French, Arabic, English and Italian.

Dr Raffa serves as an adjunct Lecturer teaching International Law at the University of East London as well as a full-time Module Leader and Lecturer of Law at CU London.

Dr Mohamed Raffa is the Senior Partner at Raffa Cartoni & Obeid (RLawyers Group). RCO is a Law Firm established 75 years ago in 1958 by Rt. Hon Judge Said Raffa (Supreme Court Judge in Egypt). Raffa Ebeid specialises in Banking and Financial Dispute Resolution involving inter-banks and complex corporate financial disputes. During the crisis of 2008, Raffa and Ebeid sole function was arbitrating disputes resulting from the fall down of the Financial Crisis.

Dr Raffa is also pioneering a project to establish a Chambers to solely conduct benevolent arbitration disputes for small claims and illiquid disputants. The Chambers will allow newly qualified CIArb members to assist, prepare, and sit in as arbitrators which will grant them a chance to acquire a well-needed experience as well as qualification to proceed as CIArb qualified Chartered Arbitrators.

Served as Sole Arbitrator, Co-Arbitrator, Chair of the Tribunal, Secretary to the Tribunal, and counsel in a number of cases under different institutional rules, including LCIA, UNCITRAL, ICC, PRIME Finance, and Ad-Hoc proceedings.

Dr Raffa served as ‘Sole Arbitrator’, ‘Presiding Arbitrator’, ‘Party Appointed Arbitrator’, or ‘Counsel’ in more than 172 cases involving parties from the Middle East, Europe, Asia, Canada, and the United States. He appeared in cases under the auspices of the AAA, AAA-BCDR, CRCICA, DIAC, DIFC-LCIA, ICC, ICSID, LCIA, LMAA, SCC, SIAC, as well as ad hoc UNCITRAL proceedings. He is recognized as a world-leading expert on international arbitration, Arab Laws, and Islamic Shari’a.