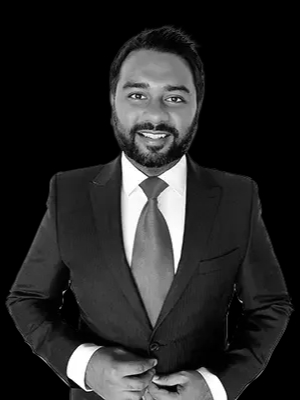 Yousif is an award-winning lawyer & legal consultant originally from the UK. He has over 15 years of extensive business and legal experience.

His clients are based all over the world, including in the UAE and wider Middle East/Gulf region, UK & Europe and beyond. His client base includes small, medium and large organisations as well as private individuals.

Yousif has been recognised for his work by a number of legal award bodies both nationally and internationally.

Yousif can help with;

Yousif operates a multi-disciplinary practice in all aspects of commercial law. Some of his core practice areas include: Corporate and Company Law (including business setup & incorporation, advising on all types of corporate & commercial deals and transactions, drafting and preparing all types of corporate documents and corporate governance matters); Commercial Contracts (all types); Real Estate (acquisitions and development, disposals, leases etc); Dispute Resolution; Employment Law; and General Counsel corporate and commercial advisory work.

Prior to developing his own practice, Yousif was a Senior Legal Consultant at an international law firm based in Dubai and before that, held the position of Director of Legal Services at a commercial law firm based in the heart of Scotland where he headed up their commercial law department and International Desk. In the more distant past, he worked at one of Scotland’s premier top tier com-mercial law firms and also served as a Crown Prosecutor for a while before returning to private practice.